A Poem by my Australian Culture Students

December 21, 2005
One of the highlights of my Australian Culture classes was the series of student presentations which took place at the end of the semester. In one of the final presentations, on the topic of Australian poetry (a topic that no one was really that keen to tackle), the students (including the cute koala pictured below) broke out into song, the lyrics of which I have presented below. They also gave me a cd featuring an mp3 version of the song, which I hope to upload soon. 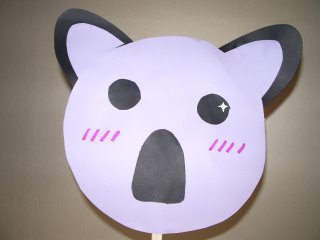 Aussie and we Korea

Thank you Prater for your class
Made us become Creator
oh My dear Prater.

Though I sometimes took a nap.
At least I know Phar lap.
Met I Kangaroo and oodgeroo.

Now old ANZAC wowow
Thanks for comin' at hard time.
From your land to end war crime.

As time goes by, We say good-bye.
Just one thing to remember.
We had great time from September.

Popular posts from this blog